Black Watch Premier Albany becomes one of 113 participating academies in the network launched by MLS in May after the U.S. Soccer Development Academy was shut down. MLS is taking the lead in elite youth development in the United States and Canada, according to a news release.

Black Watch Premier Albany sporting director Steve Freeman, who founded the club in 1997, said their 13- and 14-year-old teams will become part of the national league that will have MLS academy teams as well as elite academies all over the U.S. and Canada.

"Our kids are going to have that access of the week-in, week-out competition which then gives great information for our coaches then to go to work during the training week as well as it supports our methodology and all the things we've been doing over the course of the last 24 years," Freeman said.

Freeman, who played at Hartwick and Siena, said his club will have national team and MLS academy scouts at games.

"If we're successful and we grow the way we need to competitively and the scope of our program increases, obviously you're talking about our older players having the potential to be a professional player down the line and never having to leave home, which is a huge, huge benefit," he said.

Black Watch Premier Albany has about 300 players from under-6 to under-19, Freeman said. He added the club tried repeatedly to get into US Soccer's development academy without success before applying to the new MLS platform.

“The spirit of this platform is ensuring representation across the entire soccer landscape and at every level of the governance structure. Seeking input from all members and catering to players from diverse backgrounds is at the core of this platform," Fred Lipka, vice president and technical director of MLS Player Development, said in a league statement. “We are excited to welcome these academies and thousands of elite players to join our founding members in this competition with the first stage of expansion and look forward to additional expansion in the years to come.”

Black Watch Premier Albany draws players from the Greater Capital Region and parts of Vermont, according to its Web site, and has supported the development of several players who have competed at the youth national team level. The club has graduated more than 550 student-athletes, both boys and girls, and almost 500 have gone on to play collegiately, including more than 140 in Division I.

"We've certainly been fairly successful with our graduates and where they head off to play in college," Freeman said. "But clearly Albany or the Capital Region I would say, even beyond, has been a void, in essence, in representation at the national level because we've never had the access point. This is going to be the access point and now we've got to try to develop it. It's not going to happen overnight." 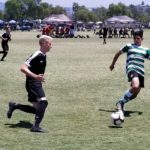 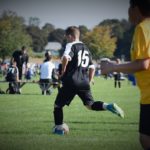 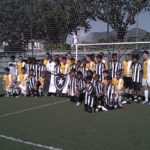